Home » Latest Developments » Back to our roots: E3ME and Michał Kalecki

Back to our roots: E3ME and Michał Kalecki 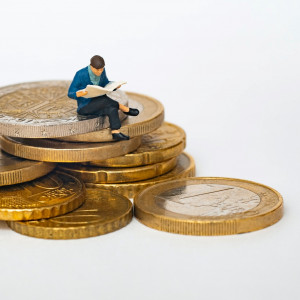 As Cambridge Econometrics’ macroeconometric model, E3ME, just passed its 25th birthday, Chief Economist Hector Pollitt discusses some roots of the model and the relevance of Michał Kalecki’s work to its theoretical underpinnings.

A theory is a short cut for remembering information. For example, if we know that y is always equal to x + 1 then we can remember that equation instead of every value of y that corresponds to a value of x. The question becomes one of processing rather than memory.

Things get a bit more difficult when we talk about economic theory though, not least because sometimes the theories contradict each other. Economists are also often too quick to generalise observations into theories, forgetting the importance of institutional context.

At Cambridge Econometrics, we frequently refer to our economic analysis as being based on post-Keynesian theory. This very much carries on the Cambridge (UK) tradition, and a lineage from Keynes through Richard Stone and Terry Barker can be traced to our current modelling frameworks.

Of course, post-Keynesian economics incorporates insights from people other than Keynes, notably Joan Robinson. One name that is less well known outside the field is Michał Kalecki. With the E3ME model passing its 25th birthday, I thought this would be a good opportunity to compare the model to Kalecki’s original work.

To do the comparison, I went back to Kalecki’s 1954 book ‘Theory of Economic Dynamics ’. This book itself combines two pieces of Kalecki’s earlier work. Despite being published 65 years ago, it is easy to read (especially compared to Keynes’ General Theory) and is essential reading for all who are interested in post-Keynesian modelling.

The publisher’s notes on the back cover make an important point that was acknowledged by Joan Robinson – that Kalecki in fact preceded Keynes in publishing an outline for a demand-driven economy. This claim is also noted on Kalecki’s Wikipedia page, which gives a summary of his life story.

So would it be better to describe E3ME as a ‘Kaleckian’ model? In the post-Keynesian literature, this is an established term, so the question is worth exploring.

Getting the fundamentals right

It is clear from the first chapter that there is a high degree of consistency between the basic framework that Kalecki built and the current structure of E3ME. At times the book reads like sections of the current E3ME manual. The basic demand-driven structure is undoubtedly the same.

Although the equations Kalecki presents are typically at macro rather than sectoral level, this largely reflects the available data at the time. In the early chapters he points out potential aggregation issues (i.e. how the composition of production could change some of his estimated relationships) and even gives some hints towards economic complexity – for example in his discussion of why there are big and small firms in Chapter 8.

One way in which Kalecki’s work differs from that of Keynes is that he is quite happy to work with real-world data to illustrate his points – and use econometrics where appropriate. Keynes was famously sceptical about modelling and econometrics (preferring ‘logic’ over ‘mathematics’) but Kalecki carries out several estimations in his book. He includes an apology for not using the latest techniques, but the challenges of carrying out such estimation at the time should not be forgotten.

Having said that, Kalecki does not blindly accept the empirical results from his estimation if they do not fit the underlying theory. Again, this is very much in line with the E3ME approach of using bounded estimation to derive the model parameters.

So… is he the true father of E3ME?

It is difficult not to conclude that the overall model design of E3ME can be derived directly from the original work of Kalecki and remains broadly consistent with it to this day. He is probably the single person that has had the most influence on the model’s basic structure.

For sure, some aspects have been further advanced more recently and the integration of energy and material consumption links the economic world to the physical world. However, all the most basic questions asked of the model – such as how many jobs a new policy will create – flow from the basic relationships that follow from Kalecki’s work.

Kalecki lived a much lower-profile life than Keynes did and is much less well-known as a result. His work deserves much more recognition than it currently gets – both inside and outside economics. As the world (we hope) moves away from crude neoclassical and New Keynesian approaches, the legacy of Kalecki will become ever more important.